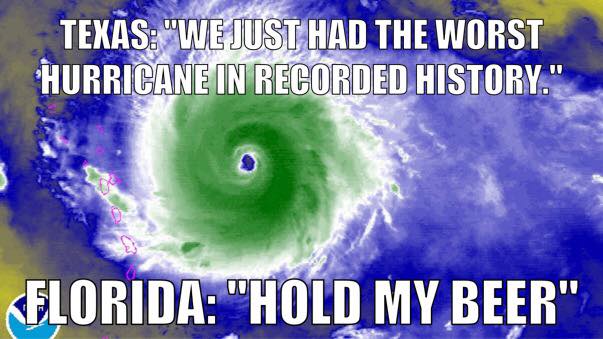 Well, I thought I'd better update y'all
on the hurricane damage...I ain't skeered... 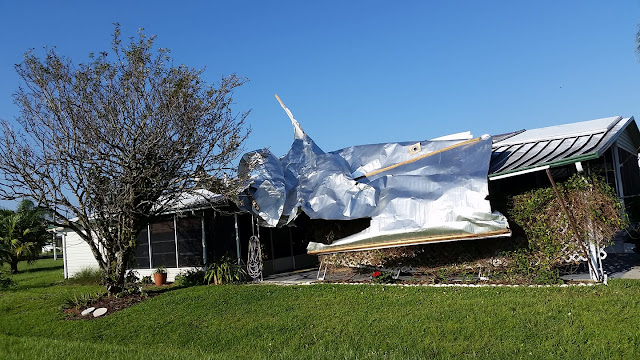 Well, this is my mum's place, as you can see
she lost her roof, but the inside was OK,
till we had more rains, then she sprang leaks
on the West side of the ceiling...but good news,
she has her new roof and tomorrow they start on
the drywall inside, then in a few weeks the contractor
will come back and do the carport. It's important
to get people's roofs on before a carport. Our
contractor is booked until February...
we were lucky... 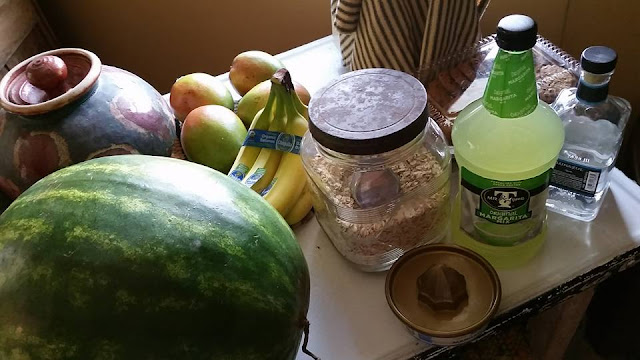 My hurricane preparedness kit...
since I knew we would be without power
and the refrigerator would be off, lots of fruit
was on my agenda... 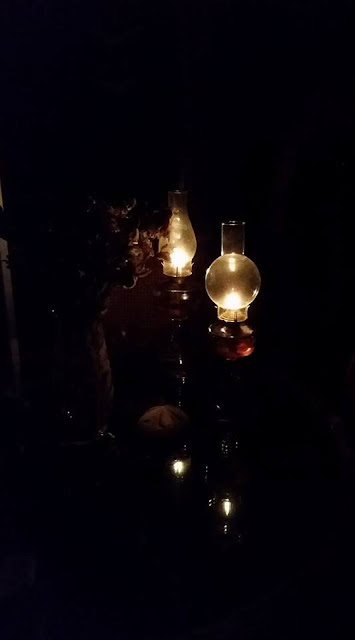 Then, the power went out...
I truly know the meaning of hurricane lamps...
actually, we were without power for eleven days,
WOW...it sucked...however, I was lucky,
I still had water...but, with so much rain,
the drain field was saturated...I truly know
the meaning of the term,
'thunder bucket'...it was like camping...
right...but as it turned out,
my awesome neighbors had a generator
they weren't using, so I was saved, at least I
could run a fan, keep the frig cold and have a light... 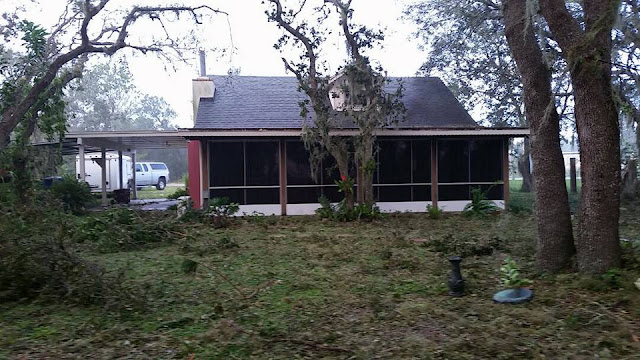 But my home had no damage, luckily...
however, my yard was a mess, but no trees down
just denuded, the moss and branches were
churned into mulch which I am still not
finished raking. But my banana tree went down
because of the weight of the bananas,
it didn't recover and the top was blown
out of my mango tree, but it's recovering and
my papaya trees were stripped of leaves,
but are recovering...all in all,
I was lucky...! 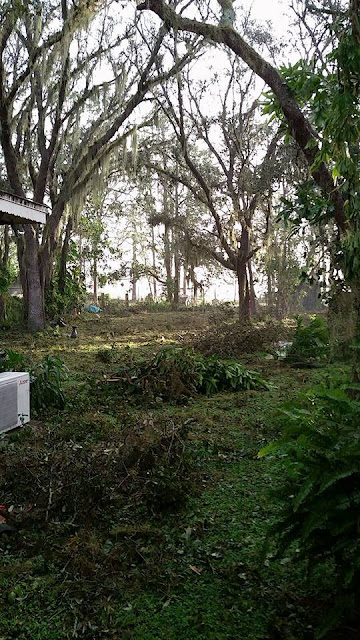 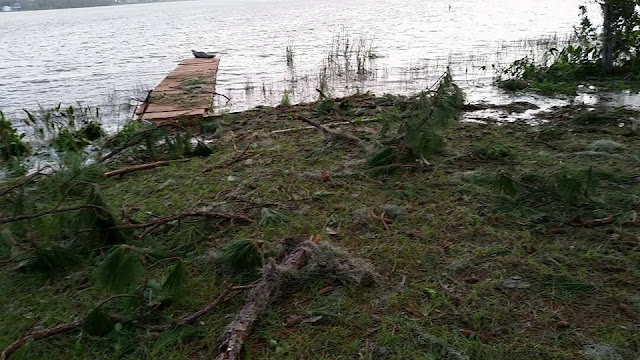 The water in the lake was up a foot,
covering my two decks and gillions of pine cones
and branches litter the ground, but all is now
back in order... 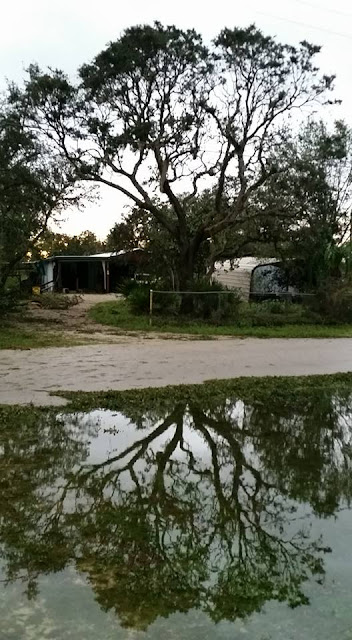 The ditches were flooded by the road
for two weeks, but, beauty is fleeting
in the aftermath...
my neighbors across the street...that carport
was in the back of their yard...they like it's
new location better...lol...win, win... 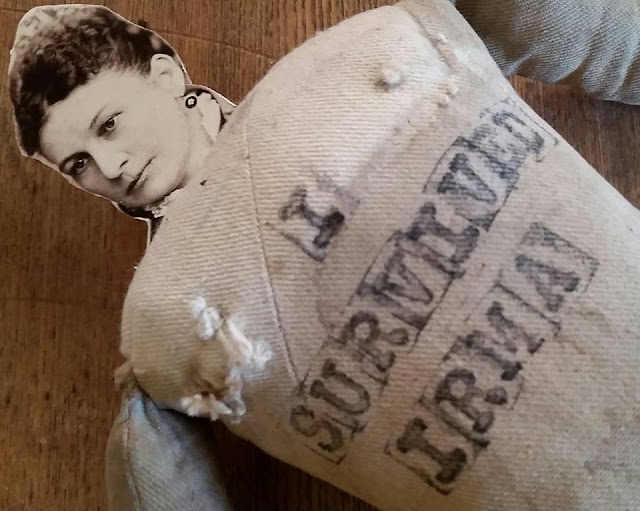 All in all, we're alive, we survived
another hurricane, it's added to the annals,
just another day in paradise!!!

Thanks for your concerns guys!
Posted by A Wild Thing at 6:42 PM 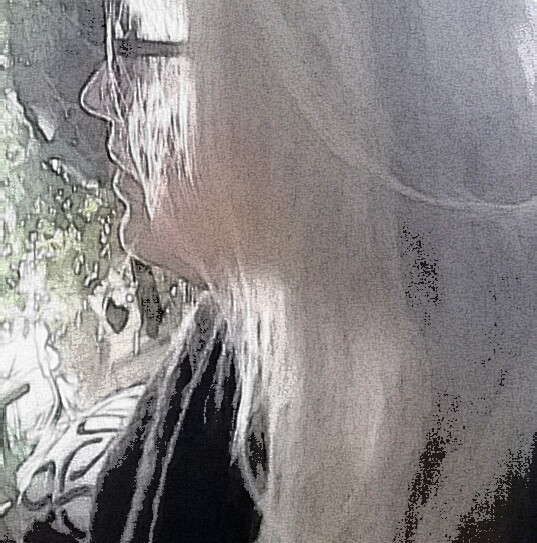 At this stage of the game, you just can't take anything too serious, it's about life and art and the drive to make it all happen, the humility to keep it in perspective...And a great punch line...S.Wilson

Promote Your Page Too 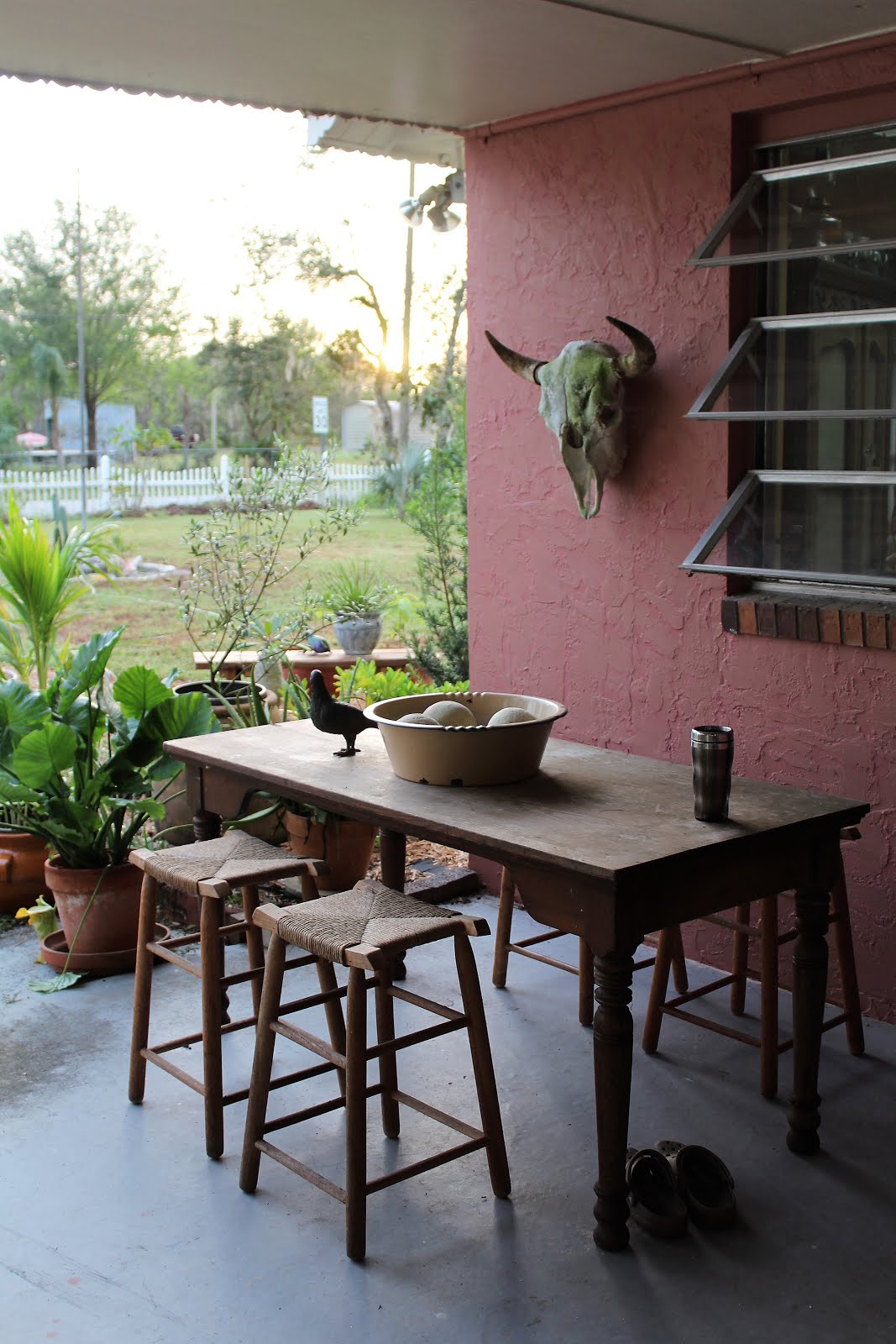 Promote Your Page Too

say hello to my little friends...